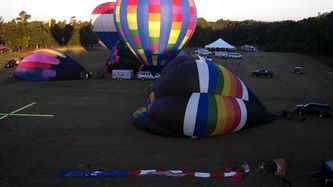 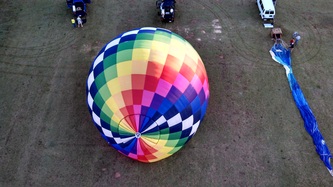 Competitor Declared Goals in GPS-Logger only Events (no observers)

The 2013 Aloft will be utilizing the following policies regarding competitor declaration for PDG’s and FON’s.

·      Pilots are permitted to a make a written declaration to an Aloft Flying Events Official before departing the briefing location. Declaration form must be signed by the Pilot.

·      If indicated on the task data sheet, text, (SMS) declarations may be made by the competitor before launch. Texting and flying or driving WILL NOT be tolerated. The phone number to receive the text message will be listed on the TDS.

·      Pilots are permitted to make a written declaration to an Aloft Flying Events Official before departing the briefing location.  Declaration form must be signed by the pilot.

·      Declarations may be made on the tail of the marker used on the task preceding the FON. This declaration method is only available for markers falling inside the respective MMA (scoring area) or recovered by Aloft Officials in the immediate area of the MMA. It is not necessary for the pilot to record the predetermined goal number on the tail of the marker if they are satisfied with the previously submitted written declarations made in accordance with the rules.

·      Text, (SMS) declarations will be allowed under the following conditions:

a. Pilot will not be allowed to send text after launch

b. Text shall come from chase crew once pilot has launched

c. No Texting while driving, if crewing solo you must pull over to send text.

d. Pilot will be responsible for text sent by crew

e. Texting by Pilot will ONLY be allowed prior to launch

f. Text declarations, once sent should not be deleted until results for the respective text become final.

g. Text declaration for a FON task must be sent before pilot achieves their best mark in the task preceding the FON task

·      Texting and driving is not permitted. Crews and Pilots are expected to pull off the road to make any text declaration.

·      Pilots could be penalized if found to be texting and flying or if their chase crews are found to be driving and texting.

Friday marks the unofficial start to the 2013 competition season as balloon events all of the country gear up for one of the busiest competition weekends of the year. This year the most competitive event will be in Simpsonville, SC and the Aloft Festival which will be hosting the Southeast Regional Championship. The event will host 67 pilots from all over the United States coming as far as California and for the first time this will be a true international event with Mike Howard coming from the UAE to hone his competition skills. There will be 12 national championships among four pilots including the most recent two National Champions and World Champions!

Sam Parks will again be directing the Aloft Festival and with the weather looking to be near perfect he will be able to call a vast assortment of tasks to include PDG and FON tasks. Sam intends to have pilots text their PDG goal declarations before they take off and then have crew members (not driving) text the goal declarations for the FON tasks. Of course the traditional way of getting a baggie in the scoring area will work as well for declaring a goal for the FON. To score these tasks pilots will have the Dakota GPS's on board and measuring their distance to the goals. There will also be one FAI logger on hand to compare and simulate declaring goals on it.

As far as the competitors go last years winner Joe Heartsill will be on the prowl to defend his title and start 2013 off just as strong as 2012. Johnny Petrehn and Nick Donner come in to Simpsonville after top three finishes in the final event of the year in Tochigi, Japan. Chase Donner (the people's pilot) plans on making noise as the most recent National Champion and out perform his brother. The rest of the usual Texas contingent will be there as the Heavin's look to practice for nationals later this summer to secure their spots in Brazil in 2014 and Rhett plans to place higher than any other Texan! Locally Roy Smith will try and get another top 10 finish and Drew Egerton attempts to get his rookie of the year style flying back and heart throb the event after a bit of a sophomore slump in 2012.

All-in-all the weather looks great, the event director & staff are great and the pilots are great which should make for one heckuva weekend from the Southeast. Stay tuned for video, pictures and up to the minute scores!

Greetings from wet and cold North Carolina,
I hope this finds you all happy and healthy.

Since the terrorist bombing in Boston security for events with large crowds has tightened; be prepared for a more noticeable presence of law enforcement on site. You may even see a few hanging out at the edge of the tree line on the north side of the field and on bike patrols around the back side of the park.
I know that none of us are big fans of the wrist bands that FWA has used in the past, but this year the wrist bands that you receive in your pilot pack will be even more important. All Pilots will be given enough wrist bands for their respective crews and they WILL be required inside the park. Security will not be happy if they find someone in the park without one.

Remember to double check your aircraft registration expiration date before you leave home... if yours has expired the FAA will not allow you to fly, period!

For several of you this will be the first balloon rally of the year, getting in some practice flights before the event goes a long way to knock the rust off. Check your equipment, fan and radios, etc. make sure everything works as it should. We want everyone to have fun at Aloft, but we must also be safe.

We will be using the One-Call cell phone alert system again this year, if you or your crew chief has switched cell numbers since you submitted your pilot application we will need to make that change at pilot registration.

For those of you that requested volunteer crew, you will be notified this week with their contact information. Please follow up with them ASAP.

We are working on a waypoint file that will be sent out soon; the file will be for the intersection goals only. The hard target coordinates will be given out as needed.

Pilot Registration will be from 10:00 am to 2:30 pm at the Hampton Inn Simpsonville. Please try to arrive on time, but if you are going to be late you MUST contact Nicki Wise at 704-880-8422 so she can make arrangements with Security to get you without a pass.

Remember it is required that you have on board an operable aircraft radio.

I will send out the pilot/crew handbook in the next communication, meanwhile feel free to contact me if you have any questions.

I look forward to seeing you all very soon.

Upon further analysis Ken found four very small errors with the map we sent out, the corrected information is contained in the attachment. Coordinates for four different waypoints will need to be changed so they line up on the map. If you have any questions contact Ken and his e-mail address is posted in the attachment.
For Clarification, these waypoints mentioned are the intersection goals that will be used for the BFA competition. The typical hard target coordinates will be provided as needed. If you do not intend to compete in the Regional Championship or for BFA points, you will not need these intersection goals.

A couple more things.......
By now everyone should have all of their hotel accommodations in order, if you have any problems or concerns just contact Cindy or Jennifer at the Aloft office.

If your insurance policy has renewed since your application was sent in please make sure we have your updated certificate.
The FAA will be at pilot check-in and they will want to see your original documents (no copies), so be prepared.

Anyone wishing to compete in the Southeast Regional Championship or for BFA points will need to be a current member of the BFA and the HACD. Please make sure your membership is correct before arriving in Simpsonville, we will confirm membership with the BFA office.

Feel free to contact me if you have any questions.
Safe travels and I will see you soon 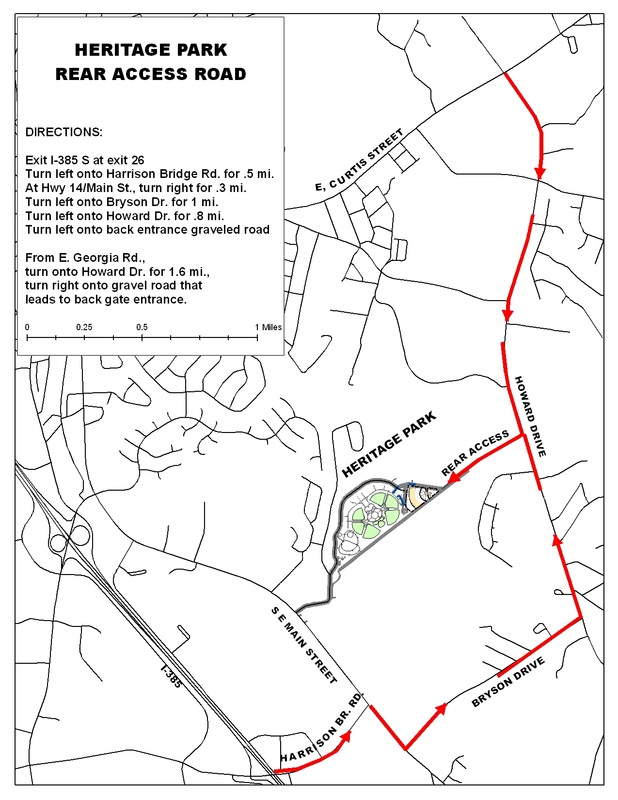