Preview
Brookfield, Missouri (3,800 population) will be hosting the 34th the Great Pershing Balloon Derby this weekend. 44 pilots from Iowa, Missouri, Kansas, Michigan, and Nebraska, many fresh off a trip to the Nationals, will be attending the longest Balloon Federation of America sanctioned ballooning event in the nation.

In 1977, the Missouri Department of Natural Resources with the Pershing Balloon Federation started the Great Pershing Balloon Derby. In 1984, because of some financial difficulties, Kansas Pilot - John Petrehn stepped in to meet with community leaders and sponsors  to continue the tradition of ballooning in Northern Missouri. In 1990, the John Petrehn Cup was started for John Petrehn's dedication and support of hot air ballooning. The Petrehn cup is awarded to the winner of the first task of the event.

This year's Competition Director will be Paul Petrehn, also in attendence will be Johnny, and Andy Petrehn and their families.

The weather appears great for the weekend, so we look forward to some awesome task calling from the balloon director.
Saturday AM

Competition Director Paul Petrehn was able to call 4 tasks this morning in Brookfield, MO. Weather was perfect with 50 plus degrees of steering.  Cool 50 degree temps prompted some pilots to pull out the tank heaters for the first time since spring.
First task (winner of the this task would be awarded the John Petrehn Cup) was a Hare & Hound with Competition Director, Paul Petrehn flying the Hare.  Several pilots scored well on the Hare.  The second task was a Judge Declared Goal that featured a host of good scores. The third task was another Judge Declared Goal and again pilots scored very well. Unfortunately as the morning progressed the winds started to change making the fourth task, a JDG, unattainable.

Event Director Paul Petrehn originally called a two-part task this morning for the competitors in Brookfield, Missouri, but brisk conditions forced the flight to be shortened to just one task, a Fly-In at the Common Launch Area.  The winds were just a few miles per hour on the surface but 30+ mph at just 600 ft. AGL.  Scores and pictures forthcoming. 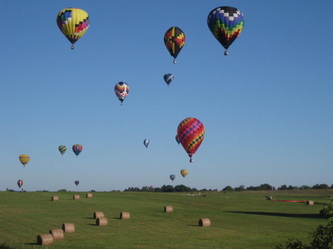 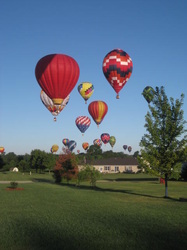 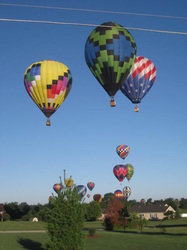 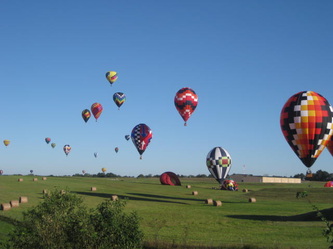 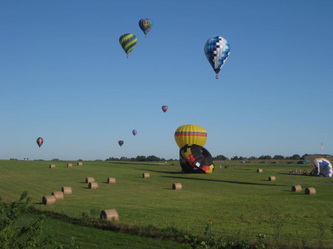 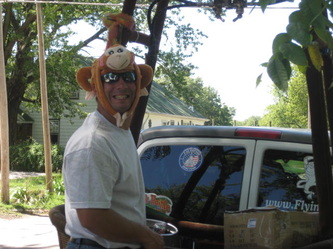 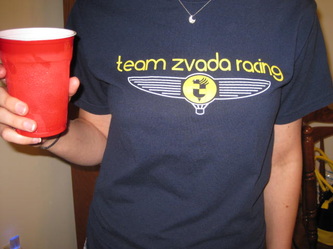 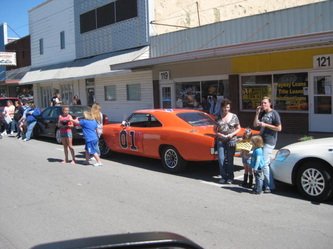 Monday AM
Brisk winds forced the cancellation of the final flight of the 2010 Balloon Deby in Brookfield, MO.  We are expecting a final copy of the scores, but the top three were Jeremy Rubin first, Johnny Petrehn second, and Todd Isley third.  Todd Isley also claimed the John Petrehn for winning the first task of the event.  Congrats to all! 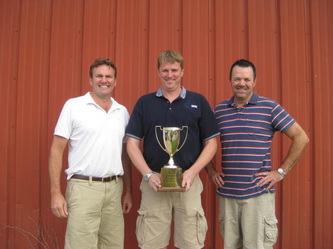 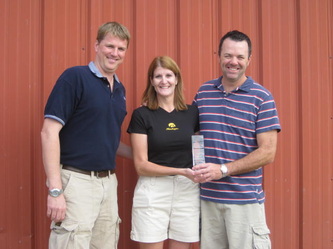 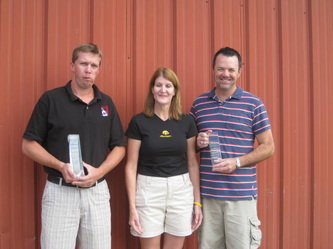 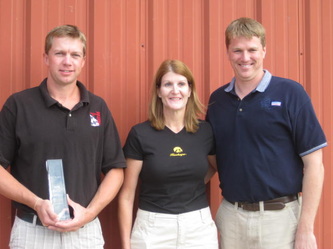