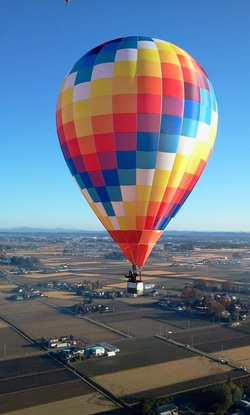 Photo by Mike Howard
23rd AM

Another five markers on the table at briefing this morning with the flight taking place over the flat plains of the Utsunomiya area.

The first task was a simple FIN to the baseball park next to the river.  Regular participants to this event had a good idea how to approach this target.  Fly down the river from the north and pick up the left turn as you come over the bridge just before the target.  Unfortunately this was not the case this morning.  Approaching from the NW over the river with the surface wind swinging to the SW made for an unusual approach than normal at the target.  But most of the pilots read the winds well and achieved good results, with the top ten all being sub 5m.

To reach the second JDG required sitting in a narrow band of wind at approx 1,500ft to the SW.  Anything higher drifted off to the west and lower did the same.  The best approach required flying just past the target and then drifting very slowly back to the NW right on the surface.  Richard Sabin from the USA had an great drop using that technique.  Unfortunately when I went to do the same the surface wind had shifted and was now blowing from the north.  This shift caught a few of us out but allowed the pilots at the back to adjust their approach and get some good results.

Task three this morning was a PDG with two possible goals given to the observer prior to take off.  Most of the pilots would have selected goals in between the previous JDG and the next JDG.

With the surface wind now swinging to the right most of the first pack missed the second JDG to the west.  However those at the back were able to throw caution to the wind and climb fast to just over 4,000 to find a westerly wind to get them north of the target and then descend fast to pick up the southerly flow to the target.  About a quarter of the competitors were able to score.

The final task this morning was a simple FON.  Once the surface wind had stop shifting it remained fairly constant out of the north.  Those who selected their FON goals based on this wind should have scored well. 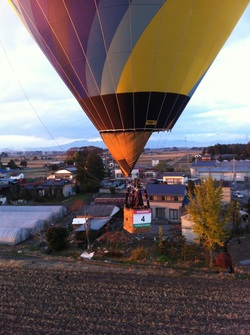 With light winds forecast for this evening flight it looked like it might be a bit of a lottery getting to either of the two HZW targets for the first task and selecting your PDG for the second.  Although there was the option to fly the tasks in any order.

Some pilots elected to climb fast to fine the westerly wind to take them to the closest HZW target and had set their PDG past the goal.  But most of the pack rode the slow southerly winds to the furthest most HZW and did their PDG before they got there.

One common thread with the evening flights, in all the years I have been coming to Japan, is patiences usually pays off.  Tonight was no exception to that.  The pilots who took their time and elected to fly to the northern HZW generally did far better than those going for the close in, more eastern PDG.

No doubt after this evenings results are published there will be some significant changes to the top ten.
21st PM

Any met briefing sheet that includes the words "winter MONSOON pressure pattern" is never going to be conducive to good flying weather.  But all credit to the organisers for trying.

Sending the pilots out with a two part task, FIN and PDG, to find a launch site in perpetration of it turning flyable.

Unfortunately the winds never slowed down so the flight was eventually cancelled by SMS.

Forecast for the morning is looking good.
20th PM

Driving into briefing this afternoon, the flags on the side of the road were beating themselves to death.  It wasn’t looking too promising for an afternoon flight.

This was confirmed with only one marker being on the table and a task sheet show a PDG.

There was a slight chance that the winds might lie down later so everyone drove out to the CLP to sit around for 45mins.  The most spectacular part of waiting around was watching the Swiss team lose one of their very expensive GPS wind trackers as it was carried away under a small helium balloon released by mistake.  Hope they got it back.

Flight was finally cancelled so it’s off to the welcome party and early night ready for more tasks tomorrow.

All the tasks from this morning have been scored and can be found at:
http://www.exem-balloon.com/Tochigi2013Results/MobileNot/HTML4/T13Index.html 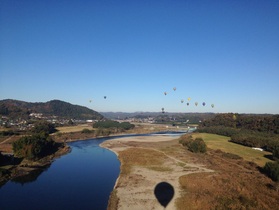 Tuesday morning marked the practice flight for the 2013 Tochigi Championship being hosted in Motegi, Haga and Utsnomiya, Japan. This year 14 competitors from outside Japan and 18 from within Japan will try to keep pace with Yudai Fujita and his dominance over the last few years.


The weather looks great for all the flights with temperatures approaching 60 every day and not too cold in the mornings.


Pilots will be gearing up for the last time in an FAI class one event before the 2014 World Championship in Brazil. 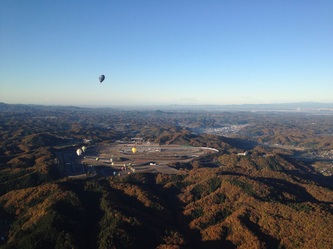 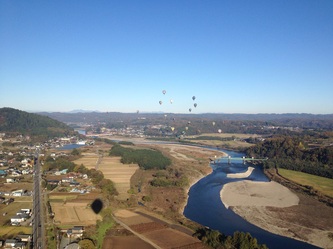 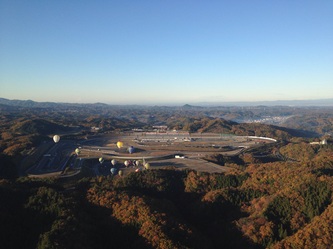