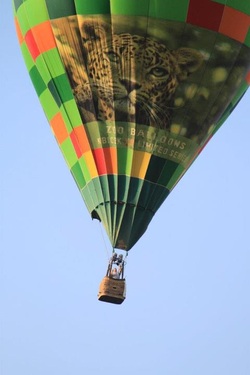 The Ottumwa Pro Balloon Races hosted the BFA Iowa State Championships this past weekend, June 22-24. 33 pilots from across the Mid-West gathered in Ottumwa, Iowa for what surprisingly looked like a good weekend for flying. Ottumwa, which most believe means “the town of many rains” to the Native Americans, is well known for weekend wash outs.

Pilots arrived Friday afternoon for a fun flight and were greeted with a clear sky and light and variable winds. Balloonmeister Bill Clemons called a simple Fly In task into the park with a $250 pole set up for a pole grab. Any pilot that grabbed the ring at the top of the pole while also carrying their sponsor would get $500.  The winds ultimately won the task as pilots launching less than ½ mile from the park were drifted every which way except for in the direction of the field. Cory Bloom climbed to 8,000 feet in hopes of finding the correct winds, but ultimately landed in the same spot he took off in. Pilots returned to the field for the night glow.

Saturday morning pilots were ready to fly as Bill called a 4 part flight. A MNDD, GBM, JDG, JDG was called on about a 175 degree line. As pilots went out to find launch spots, Piball readings were more 180 degrees swinging to past 230 degrees making pilots question their take off locations.  The first part of the minimum distance double drop was found at the park with the Gordon Bennett memorial task, the second part of the minimum distance was found at task 3 JDG, pilots need to get a baggie in the triangle at both locations in order to receive a result on the minimum distance proving to be a very big challenge.  The Gordon Bennett was a bow tie on the field in the park, baggies must be outside the bow tie shape with the best result being the closest to the center of the bow tie.  Pilots unable to get a result inside the field had a second chance at the GBM across the highway on the bike trail in scoring area “B”.  Upper level winds were rather fast and many pilots miss timed their descents into the field and were forced to get results in scoring area “B” of the GBM.  The river that surrounds the park provided a handful of pilots the correct drainage winds to the left to make one or both of the JDG targets.  A thin layer at about 1,200 feet to the left was used by some pilots to get to the field, but vanished after the field leaving many pilots to the right of the remaining targets.  Many pilots only managed one score, those able to fly low and patiently with the river were rewarded with more scores this morning.

Saturday night there was a 20% chance of rain, which for Ottumwa means it’s raining.  Hope was held out for the night glow, but the rain never stopped and pilots were able to leave for an early dinner.

Sunday morning everyone awoke to a low level jet at about 500 feet.  Winds on the surface were about 8mph, but in the 35+ knot range aloft.  Bill called a two part flight, a Fly in to the park and a MJDG. Early Piballs showed a very strong right turn and a noticeably stronger wind, Bill held pilots after the briefing for a short time in order to watch the upper level winds.  After a short hold, Bill felt comfortable letting pilots go and the show was on. Many pilots decided to play below or slightly in the upper level winds using caution to not go fully in and risk being pushed too far to the right.  Some very good scores were found at both tasks.  Most of the pilots chose to go to the MJDG on the left and were able to land in the field past the target.

After the flight, Matt Fenster from Nebraska was named the winner with Brad Craig winning the Iowa State Championships. Thanks to Bill Clemons and his team as well as Dale and Holly Dommer and the rest of the gang for a great weekend in Ottumwa! 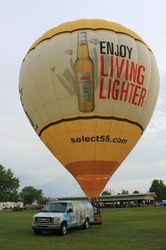 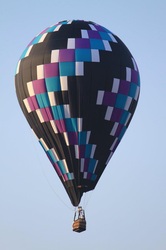 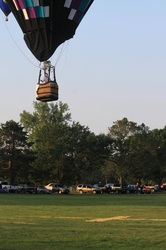 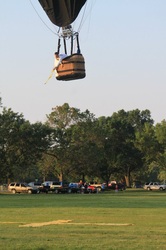 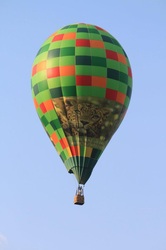 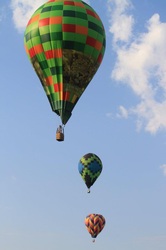 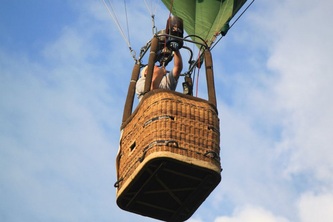 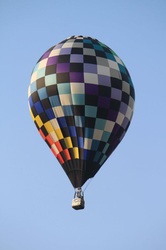 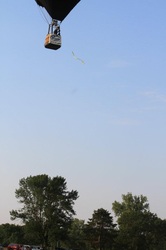 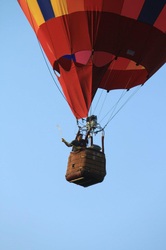 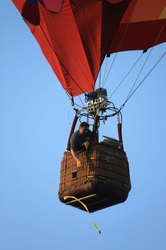 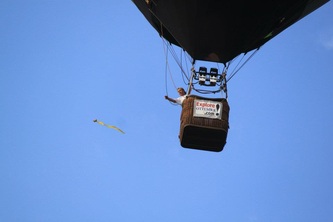 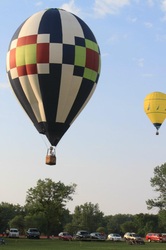 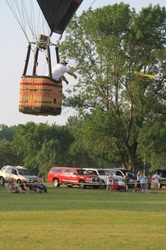 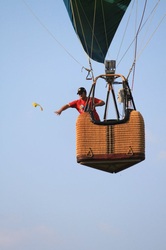