Preview
This long running event in Northeastern Ohio marks the beginning of the competition year for NOBPA members.  Located on the east side of Cleveland, pilots will face a challenging flying environment in addition to competitive tasks.  NOBPA boasts a very skilled and competitive pilot pool that makes every NOBPA event challenging to win.  A favorable weekend forecast should provide for some excitement.
.
Friday Sponsor Flight and Welcome Party 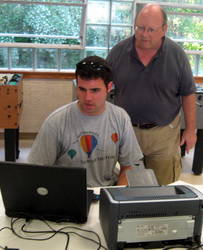 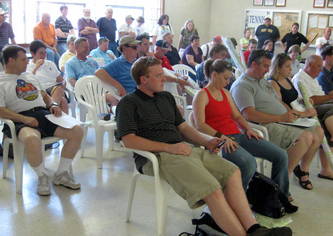 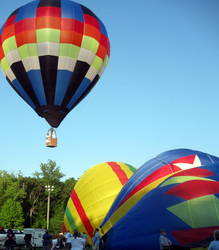 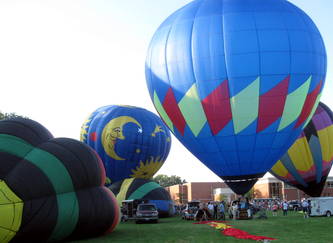 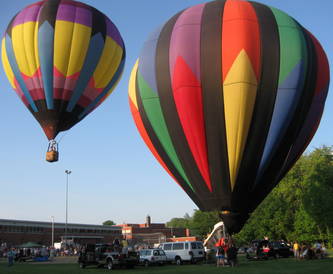 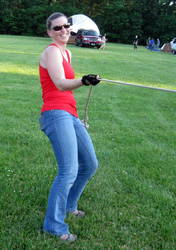 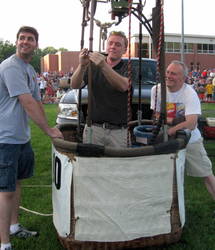 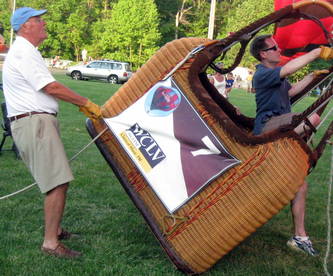 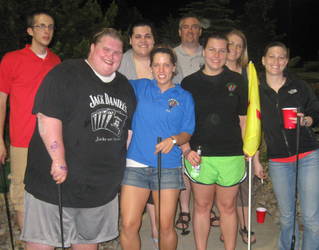 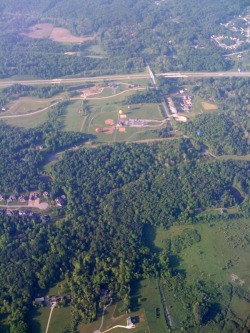 Pilots drove through dense fog on the way to briefing this morning.  Luckily the fog was isolated in the Chagrin River Valley and did not impact the flight.  Competition Director Bill Cloninger called a FIN and MJDG.  After a very quick briefing pilots were released to go fly.  The Chagrin area is heavily wooded and gives pilots very few launch site options that often requires a compromise in your choice of bearing to the target.  Today all were forced onto one road and took turns inflating in small front yards with envelopes brushing the surrounding trees.  Once in the air, pilots found very shifting and often slow winds that made a simple two part task very difficult.  Today's winds favored those late in the pack including, Dan Greathouse, Shannon Donnelly, and Kelly Neill who all turned in excellent throws of less than 2 meters on the first task.

The second task required a climb to higher altitudes to reach a left turn that was needed to achieve the MDJG.  The attached picture is from 4000' looking down at the X in the baseball diamond.  Five pilots found their way to this target including Jim Neill who descended beautifully from a very high altitude and dropped his marker about 3 meters from the X.

So the overalls have the Neills first and second followed by Shannon Donnelly, Dan Greathouse, and Cynthia Hatfield.

Results are below.  Pics are here.  And the weather looks good for the rest of the weekend so stay tuned. 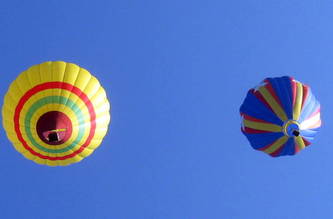 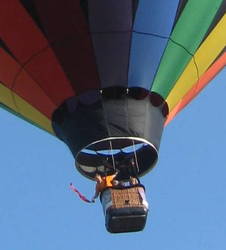 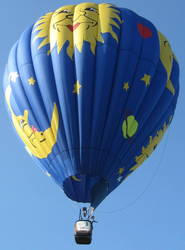 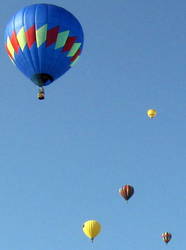 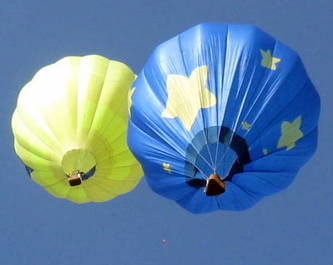 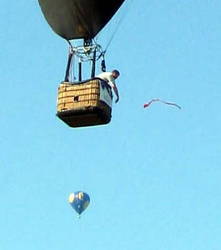 The target can be seen in the lower left in the beginning of the video.  This drop took the lead on the target.  It was eventually beaten by balloons late in the pack.
Shot with the GoPro Hero. 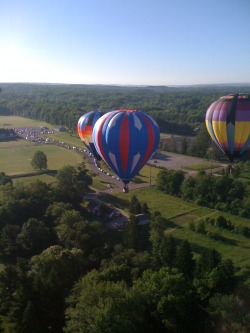 Sunday morning in Chagrin Falls, OH brought very light and variable winds for the fifth and final flight of the event.  Competition Director Bill Cloninger called a one part CRAT hoping that at least a few pilots could find their way to the goal.  Bill made a good decision and moved the goal to a church east of town giving competitors more launch options.  Pilots chased the wind as much as 40 degrees while choosing a launch site.  Once a line was chosen it was imperative to get in the air fast as the winds continued to shift.  Pilots who launched from the same location just three minutes apart caught different wind shifts leaving the later balloon just out of the scoring area.  Those that did make it to the field gave the impromptu church crowd a good show with Joe Zvada, Ken Kus, and Mike Emich all having throws of less than one meter.

In the end it's Joe Zvada in first just 41 points ahead of second place Kelly Neill.  The rest of the top five are Jim Cusick, Cynthia Hatfield and Mike Emich.

Scores are below.  There are a few adjustments to tasks 1 and 2 since they were previously posted on this site.
. 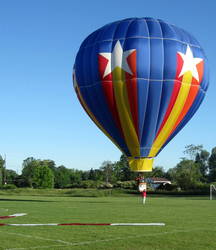 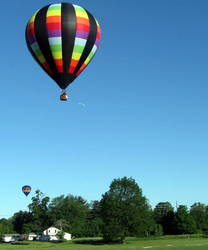 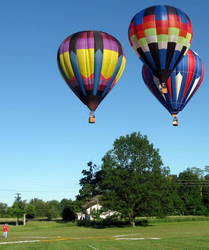 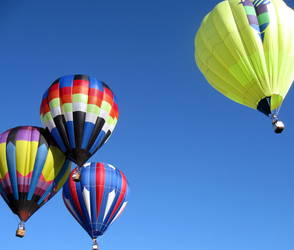 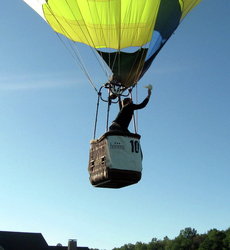 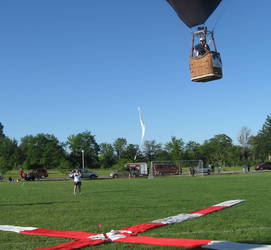 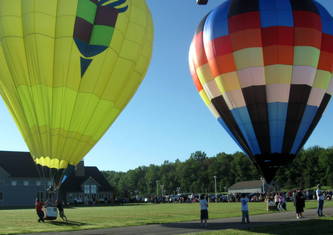 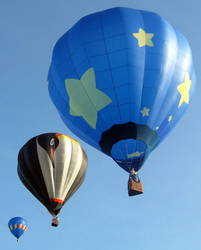 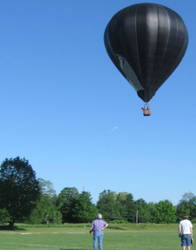 Jim Cusick was the victim of an unfortunate wind shift on Sunday morning.
Shot with the GoPro Hero.