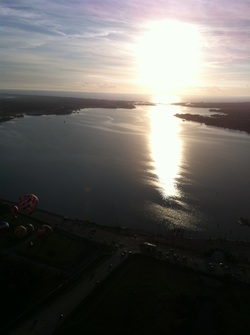 Fifty pilots made the trek to southeast Houston to compete for the weekend Championship, the Southwest Regional Championship, and a fairly large prize purse.  Director Steve Lombardi and his group of volunteers did a fantastic job putting together a top class event in a year where they faced many challenges.  Among the challenges....the weather.

Pilots arrived Thursday evening under gray and drizzling skies, and the forecast for the weekend was not fairing much better, with the exception of Friday morning.  The sun rose into a partly cloudy sky with light winds and a ton of steerage.  Almost 80 degrees of steerage allowed pilots to navigate to the two part FIN and WSD.

The FIN was place on the festival grounds on NASA's Johnson Space Center property.  Balloons had avoid the special shape Bud Select balloon on approach, but otherwise was a very straight forward target.  Richard Sabin won the task by just a few inches over Curves pilot Gary Heavin who made an excellent throw from the right side of the X (See Video)

The hare balloon for the WSD took off from the target X for the FIN, flew about a kilometer and landed on the other side of the NASA property.  After throwing their first baggie, pilots had to climb to 1000ft to catch a right hand turn that would line them up on the hare balloon.  The short distance between the two targets made this a difficult prospect.  However, pilots proved up to the challenge and there were several close scores on this target as well.  The morning capped off with the majority of the balloons landing at a school, providing an excellent show as the students arrived to start their day.

The forecast for rain proved correct, and the skies opened up Friday afternoon.  Several balloons were able to glow between rain showers Friday night, but by Saturday morning it was obvious that there'd be no more opportunities to fly.  Lombardi made the difficult decision to cut his losses and send the pilots home after the Saturday morning briefing.  Kinnie Gibson had two great tasks and claimed the weekend championship, followed closely by Rhett Heartsill and Nick Donner (tied for second).  The minimum number of tasks were not met to make the SW Regional Championship official. 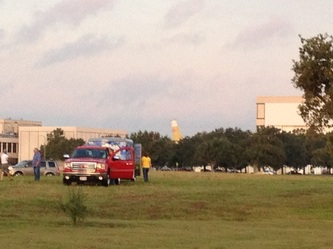 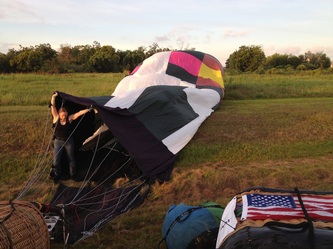 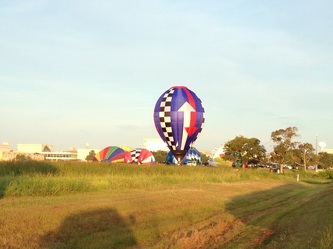 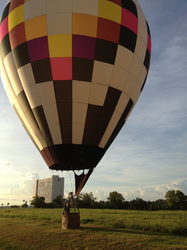 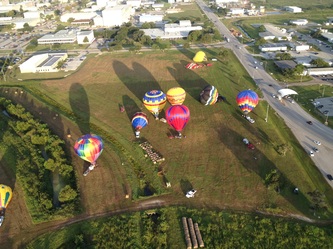 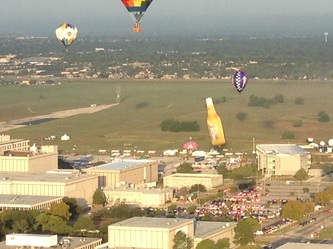 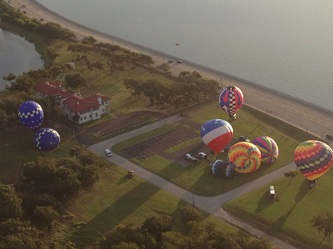 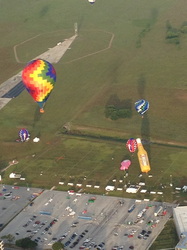 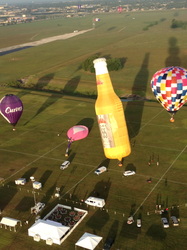 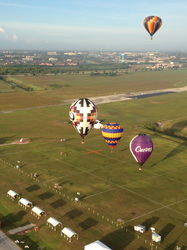 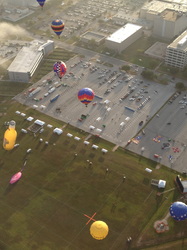 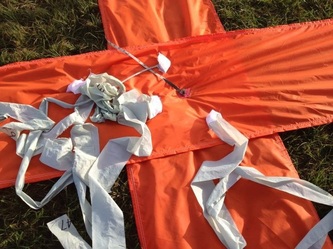 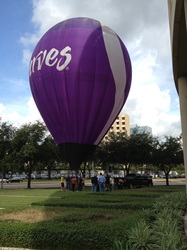 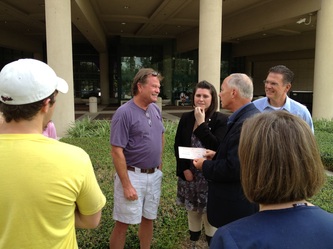 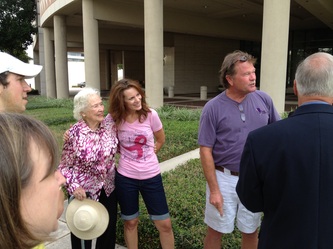