The US National Championship were hosted in Longview, TX again in 2013.  Pilots and officials battled tough weather throughout the week, but managed to get three competitive flights off.  A major shake up in the standings on Sunday made for an exciting finish to an awesome week. 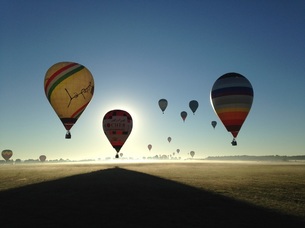 The European Championship has just concluded in Wloclawek, Poland.  www.europeans2013.com.  The competition area was mostly flat rural farmland and had plenty of good roads and fields available for targets and launching.  The Competition Center was at a small airport with Parachuting and Gliding schools.  Gliders and parachutists were busy on most days.  It was a perfect location with plenty of room for launching , targets and landing after a goal on the airport.  The official's offices were on site and the Direction office was in the control room with an excellent view of the field. 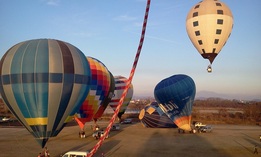 You have to be impressed with a competition that is prepared to set a four task flight, two of which are FON’s on the final morning of a competition given the fact that markers have to be measured, and observers have to be debriefed before scores can be published.  However given the fantastic job the debriefing team and the scoring team have been doing all week in getting the results out in lighting time a four task flight is no issue for the guys here.