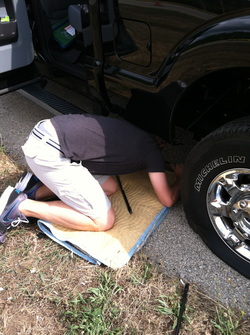 Middletown, Ohio was the host again for the MidFirst Ohio Challenge balloon race and this year minus the sponsor flight on Friday it was a total washout. The Friday night sponsor flight had marginal weather that allowed for only seven balloons to follow the hare balloon of Lindy of Lindstrand Balloons flown by Scott McClinton. Nick Donner was the only balloon to get a score at this target but it didn't count for anything and there were no prizes for the fun flight.

The only other action reported was Nick Donner's flat tire on the way up to Middletown that made him late for the Master Briefing. The joke at the briefing apparently was whether Nick was telling Chase how to change the tire or the other way around. Turns out Nick changed the tire and Chase was driving a different vehicle up later that night.

Definitely want to thank the Drury Inn & Suites for their hospitality and for putting up with all the balloon pilots and crews for the weekend and all the hospitality for the food from various sponsor's throughout the weekend. 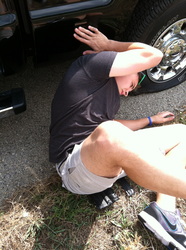 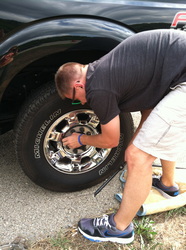 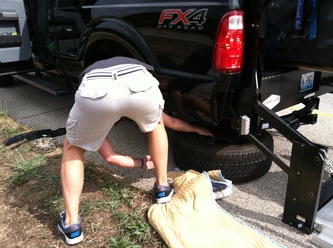