Balloons and the great state of Arizona go hand in hand.  When you think of Arizona ballooning you think of large ride balloons flying over the desert terrain or the Arizona Balloon Club flying together in fellowship and fun.  While this is a part of Arizona ballooning there is a growing number of pilots who are interested in competitive ballooning.  The Out West Balloon Fest is working at meeting the needs of this growing competitive population of pilots while keeping the event fun for all.

​The event is flown at University of Phoenix Stadium, the home of the Arizona Cardinals, a beautiful setting in Glendale, AZ a northwestern suburb of Phoenix.  The event field will consist of 50 hot air balloons.   The events kick off with a pilot and sponsor mixer Thursday evening the 3rd and the flying begins Friday morning.  The schedule of events includes three flights and two glows, a fun run, and many things for families to come see and do.

Event Director Bob Romaneschi will be calling BFA sanction tasks as the event considers becoming the Arizona State Championship.  Bob has a long history in ballooning and has national championship flying experience to go along with special shape, airship, and repair station expertise.   It should be an exciting weekend of flying.

Weather Friday morning allowed for a flight and 50 balloons took to the air.  The called task was a Hare and Hound.  It was a beautiful morning with lite winds and a lot of sunshine.  Scores was limited to eight pilots, as the winds were light and variable.  Saturday evening was a glow, with several balloons flying.  The University of Phoenix complex provided an unbelievable spectator experience.
​
The weather Saturday morning was again flyable with light winds.  A two part task was called, task one was a Judge Declared and task two was a Gordon Bennett.  Winds once again were challenging.  As the Event Director Bob Romaneschi would say, “you needed the three P’s of ballooning this morning, propane, patience, persistence” to get to the targets today.  Five pilots scored and many other fought hard to achieve a mark.  Saturday evening was another night glow.  It was a perfect night for a glow and the crowd was huge.  The show that was put on by the pilots was enjoyed by all.
​
Sunday morning was again flyable but the wind direction did not make it a good competitive morning. The field was opened up to fun flying and about half the field flew while many other stood their balloons up and allowed the crowd to see the balloons up close and ask questions. This year’s OWBF champion and Arizona State Champion was Jeff Johnson.

The Out West Balloon Fest is in its second year and is fast becoming one of the premier events in the southwest.  The event organizers Vanessa and Scott put a lot of time and energy to insure that pilots, crews, and spectators have a good time.  I big thank goes out to the organizers and, Bob Romaneschi who also did a great job in flyable but challenging light winds conditions. 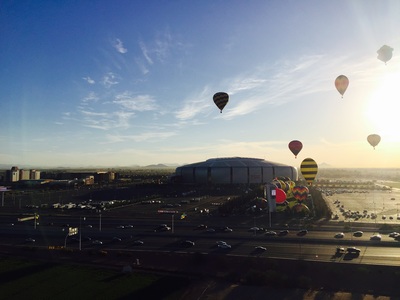 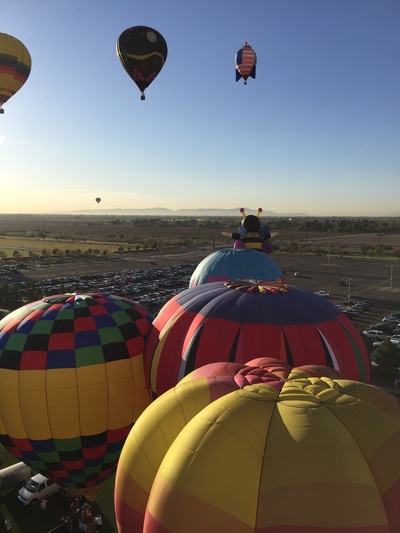 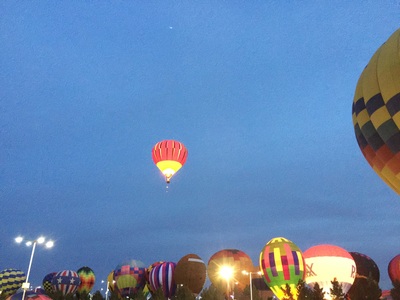 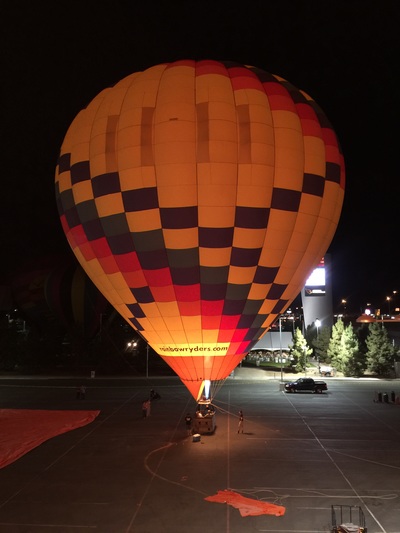 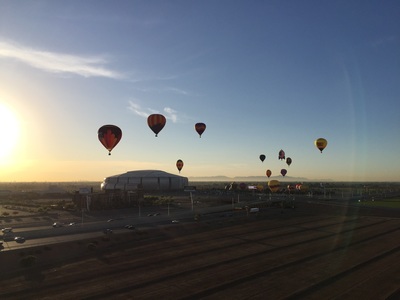 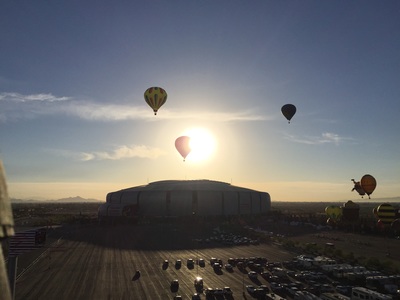 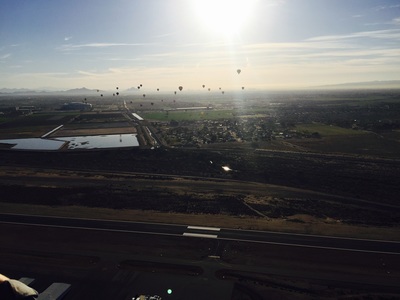 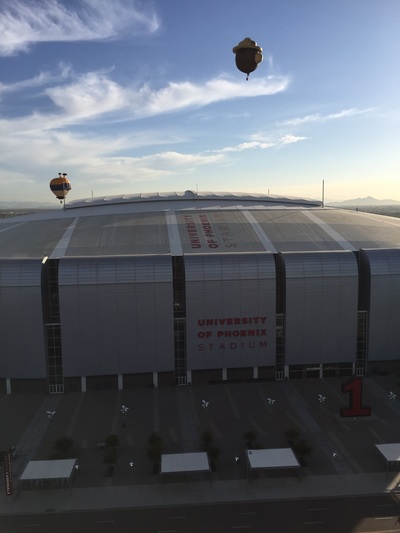 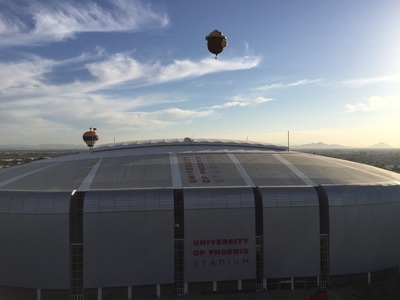 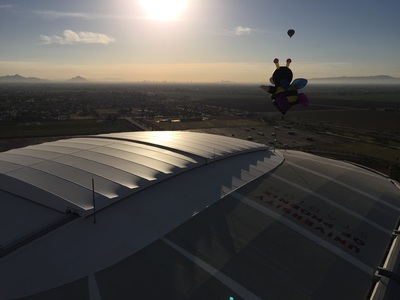 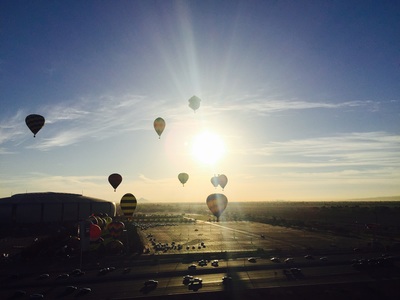 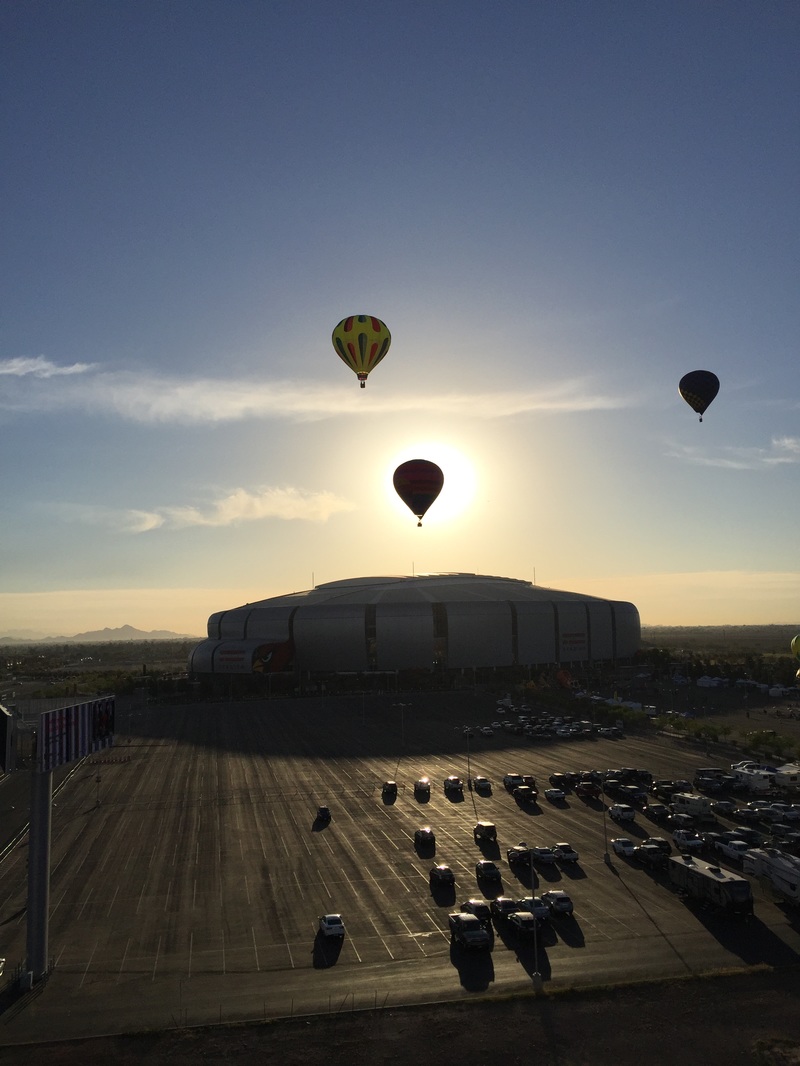