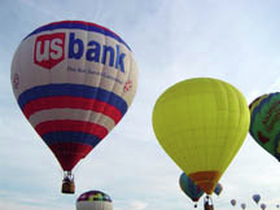 Preview
An hour north of Nashville and about two hours south of Louisville is Bowling Green, KY.  The sight of this weekend's competition, the 2010 Balloons Tunes and BBQ Festival sponsored by US Bank.  Thirty balloons will fill the sky, compete for cash, and raise money for the United Way of Southern Kentucky.
Many top pilots will be on hand for this event, including current National Champion Nick Donner.  Nick is using Bowling Green as his final tune up before the World Championships in October.
"BG has a good competitive field with a more relaxed environment that allows me to compete, but also fine tune things I need to work on in an actual comp setting."  Donner explains.

Weather Officer George Troutman together with Event Director Scott McClinton canceled Saturday morning's planned competition flight due to a host of weather conditions plaguing the area.  Low visibility, an unstable atmostsphere and a stationary front are all contributing to what looks to be a rough day for ballooning in the Southcentral Kentucky area.  Still look out for pics, the BalloonPong banner should make its debut this afternoon.

This morning the weather cooperated for Event Director Scott McClinton to call a total of four tasks (only three were scored for BFA points).  McClinton called a Fly-In, Gordon Bennett Memorial, and Watership Down for BFA points.  In addition to these three tasks a Multiple Judge Declared Goal was called where pilots had the opportunity to toss frisbees at X's on either side of the Fly-In and Gordon Bennett.  The Gordon Bennett was a square shape around the Fly-In X, which was located in the Southwest corner of the square.  The winds were pretty fickle as steerage on the surface chnaged every few minutes which made good scores difficult to come by.  In the end Nick Donner won both the Fly-In and Gordon Bennett targets and Chase Donner won the Watership Down.  Congratulations to Nick Donner for winning the 2010 Balloons Tunes and BBQ festival! 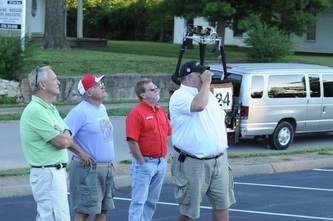 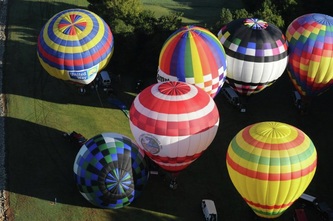 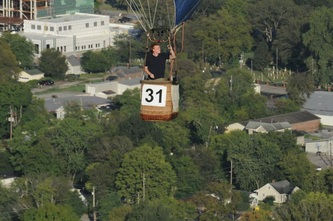 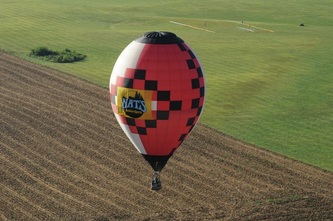 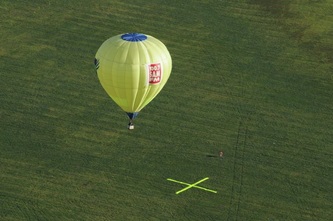 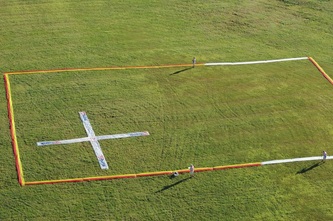 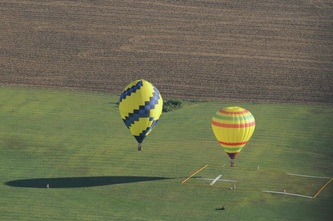 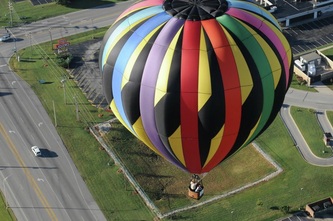 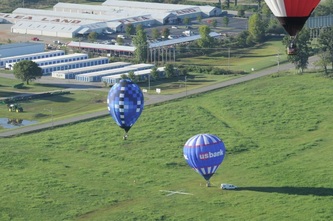 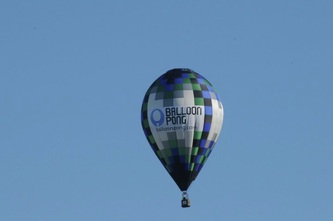 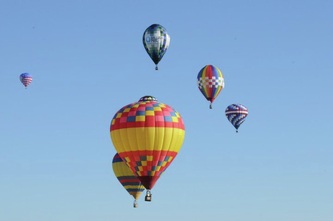 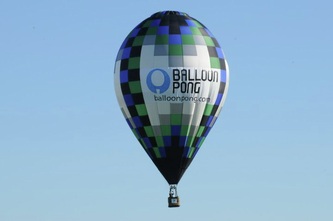 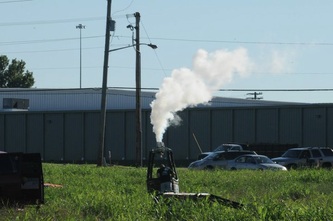