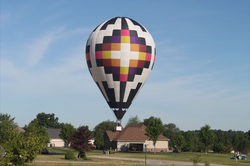 For the 28th year in a row pilots gathered in Howell, MI for a very competitive weekend.  The city of Howell really rallies around the event and spectators come out to see the balloons by the tens of thousands.  Saturday night's flight and glow attract estimated crowds of more than 50,000 people.  There is truly nothing like it in our sport.

The weekend begins with a mass ascension from the festival grounds on Friday night.  Weather was a bit of a challenge for this flight.  Scattered rain and storms kept the winds gusty for most of the evening.  Only a handful of pilots decided to fly.

A high pressure system moved into the area overnight creating a light and variable situation for the Saturday morning flight.  A two part task was called by director Jim Birk with just a 1 k/m min distance for launch.  Early pibal readings showed that it was going to be very difficult to get to both targets.  Most pilots went for the first target east of town, where several were able to get a score.  Some were even able to make multiple passes of the first target.  The second target proved elusive for all but a few who blew off the first target all together.  Several pilots searched the sky for over two hours looking for winds to get them from the first to the second target, but it never happened.

The calm conditions stayed in the area all day Saturday, and resulted in no task being called Saturday night.  Pilots launched from the field in front of the massive crowd.  The real show was just south of the field, where a small thermal over an industrial park captured many of the balloons and sent them in a slow spin together.

The high pressure system had almost cleared the area by Sunday morning.  Leaving clouds and quicker winds.  The flight was cancelled due to a low level jet and very little steer.  Congrats to Tom Roush for claiming the Michigan Challenge Championship! 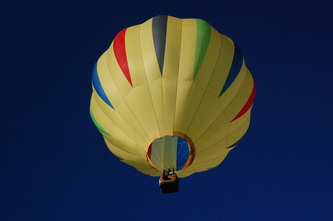 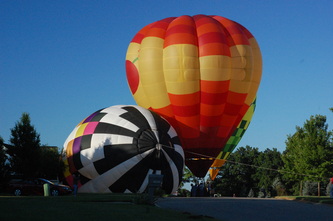 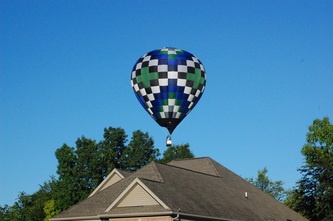 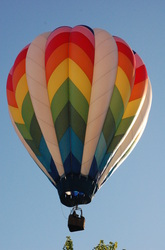 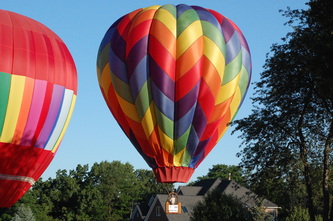 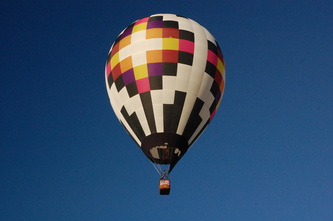 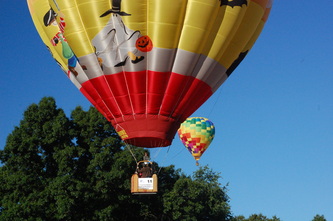 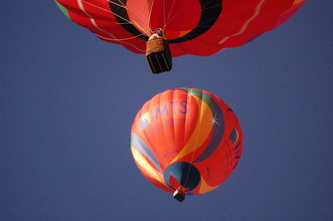 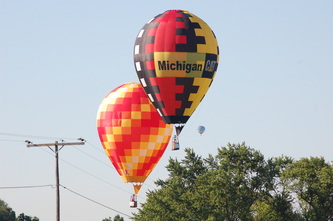 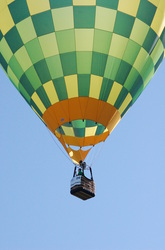 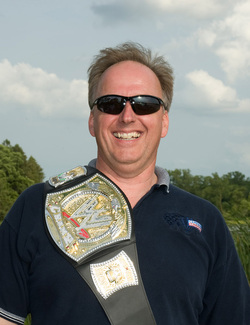 Andy Baird was this weekends winner of the traveling championship belt amongst the members of Team USA. Congrats to Andy for navigating the winds in Howell! He will work to be the first repeat winner and retain the belt in Battle Creek, MI next week!