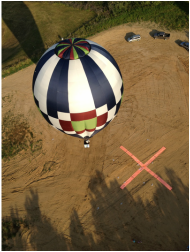 Friday the 13th marked the official start to the second annual Lake Red Rock Balloonfest with the Red Rock Cup task, Hesitation Waltz with a twist. Pilots had the choice of going for a nice large scoring area North of the beach or they could attempt to go for a floating water target with a minimal scoring area. The Water target was dock set out South of the beach that was approximately 10 foot by 10 foot, there was also a $100 pole grab attached to the dock.

After the flight pilots, crews, and sponsors returned to the hotel for a welcome party that gave pilots and sponsors the opportunity to meet each other. There was plenty of food and wine to be had. Peace Tree, a local brewery, also provided two kegs of their beer.


Saturday morning brought 80 degrees of steering with surface winds of around 5 mph. Race Director Bill Clemons opened the event with a 2 part task HWZ, HWZ, giving pilots their choice of 2 targets for task 1 and 3 targets for task 2. Most of the pilots on task 1 chose the farther right target which was located at the base of the dam making it a little trickier to achieve a good result on. Besting the field on this target and winning the Red Rock Cup was Scott Armstrong. All of the pilots chose the same target for task 2 and used the large amount of steering to achieve some great scores. Half of the pilots had scores under 10 feet, Scott had a great drop of 14 inches but besting the field on this target was Benji Clemons with a 12 inch drop. The top 5 after the first 2 tasks looked like this; 1.) Scott Armstrong  2.) Tom Ricke  3.) Dale Dommer  4.) Brad Smith  5.) Benji Clemons


Saturday afternoon the atmosphere began to become a little unstable and isolated thunderstorms began popping up all over central Iowa. After a few weather holds any chance for a flight was eliminated due to storms still being in the area but things looked good for the glow. Starting at around 7:45 balloons began inflating to do a static display and eventual glow. The field used for the glow was not big enough to have all the balloons inflated and glowing at the same time, so pilots worked together and went in 30 - 45 minute shifts so that by the end of the glow the crowd saw at least an hour and a half of balloons.

Sunday morning brought light winds with over 100 degrees of steering. Bill Clemons called another 2 part task, this time a HWZ, JDG. At the briefing pilots were also informed that the pole grab on the floating dock was back up for grabs. The lure of the pole was not as strong as it was on Friday night as only Devin Burnham made an attempt at the pole. There were several good scores at the first target including 2 "sweet spot" scores, the better of which belonged to Matt Fenster. To make their way to the second target pilots had to use almost the full 100 degrees of steering and all the patience they had. The patience would pay off as there were several drops under 5 foot but the morning belonged to Matt Fenster who would win this target as well with a 1 foot drop.

When the final results came in Benji Clemons was atop the leader board followed by Dale Dommer in second and Scott Armstrong in third. Next up for most of the Iowa pilots is either a road trip to Longview, Texas for the National Championships or a week of competition in Indianola at the National Balloon Classic. Either way you can bet that they will have their work cut out for them. 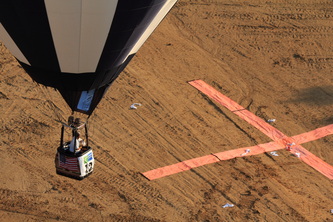 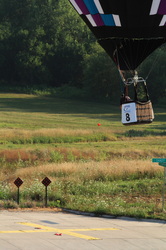 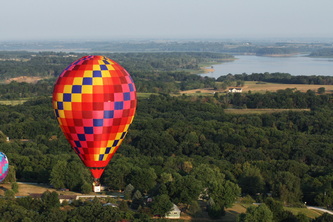 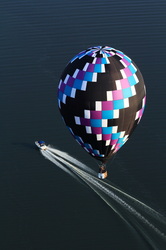 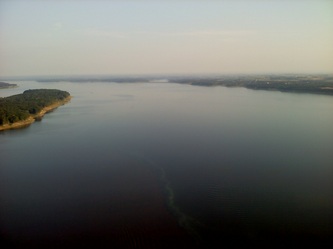 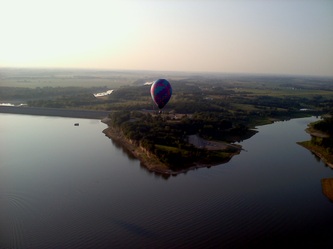 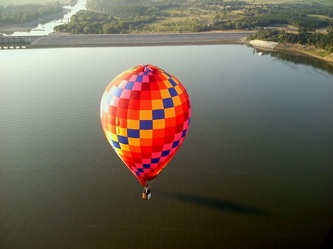 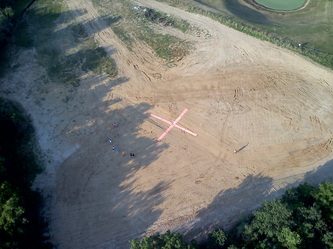 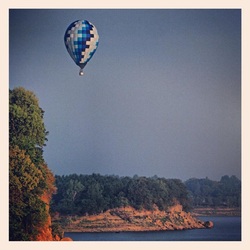 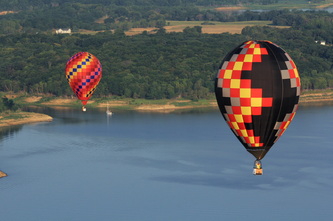 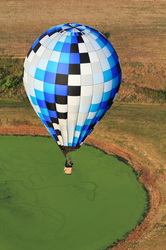